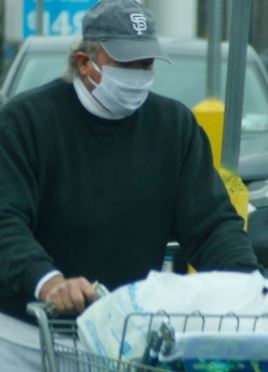 As the number of States that are suspending their mask requirements
grows across the United States to twenty two, the number of major and
woke corporations who continue to insist on mask wearing in order to do
business with them has similarly risen.  It does not make much sense to
astute business owners to make it more difficult to attract customers by
being woke political operatives.  Not only has this irrational behavior
infected a growing list of large corporations, but advertising has taken
on this similar and brazen attempt to rationalize this woke behavior.

As more and more evidence continues to accumulate that the virus is
paying little heed to government and corporations in their efforts “to
keep us safe.”   I am wondering what will happen to these corporations
when it begins to affect their respective bottom lines.  Perhaps,
nothing as they appear to have done quite well riding the “pandemic”
coat tails.  Why would they ever want the restrictions to end.  Most of
the woke corporations appear to have remained open despite lockdowns,
and were living the dream of much reduced competition.  Kind of gives a
person a pause when contemplating the past year’s mandates and business
scene.

Does it appear that local businesses Walmart, Home Depot, Walgreens,
CVS, McDonald’s, or Rite Aid missed much in the way of time closed in
the past fifteen months?  Further afield, did Amazon, Costco, Target,
Lowe’s,  Best Buy, or the local Dollar Stores miss any time away from
their customers?  Don’t think so. Just a few local corporate stores
continue to ramp up fears of the virus where here locally only a tiny
fraction of the population had any experience directly with the virus.
Now when you go in any store that requires a mask to conduct business,
perhaps they should answer the same questions that County government
should be asked.  Masks we are told do protect against the virus do they
not?   What about vaccine protection?  What will it take to take down
the plexiglass walls, and get back to normal?  Clearly, as increasing
numbers of states have begun to trust their citizens, perhaps it is time
in California as well.  Woke Corporations are welcome to follow along.
The question becomes, is anyone listening?