Woman Shot at Capitol; Electoral College Vote Stopped for the State of Arizona 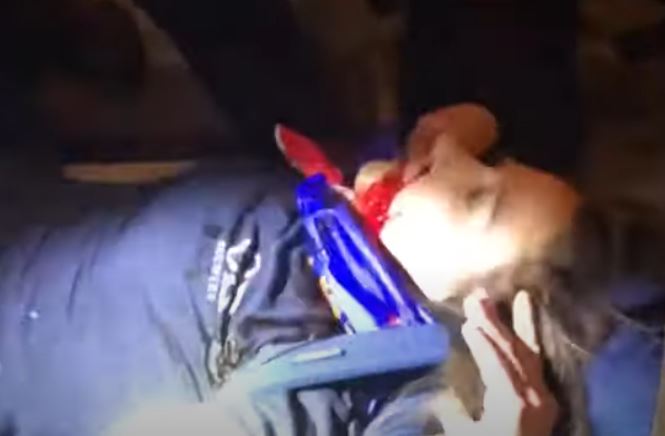 Was an unarmed Air Force Veteran shot in the chest at the Washington DC Capitol today? The officer that shot her has been identified as Officer Samuel J. Hyde of Maryland. The woman, a Trump supporter, identified as Ashli Babbit, had 14 years in the service and did four tours of duty, was married and lived near San Diego. She had a Trump flag draped around her. She died. The Electoral College vote was stopped and the Mayor issued a curfew from 6 pm to 6 am. President Trump asked all supporters to go home, respect law and order and be peaceful.

Most of this can be seen live on various video’s at YouTube.com along with The Victory Channel which has 226,000 subscribers and is on 24/7, a Christian TV network. Streaming live was their program called America Stands.

This afternoon there were no objections to the vote count in Alabama or Alaska. Both states went to Trump. Then it came time for Arizona.

That’s when Vice President, Mike Pence asked, “Are there any objections to counting the certificate of vote of the State of Arizona that the teller has verified appears to be regular in form and authentic?“

Rep. Paul Gosar (R-Ariz.) stood up and announced who he was saying, “I rise up both for myself and 60 of my colleagues to object to the counting of the electoral votes from Arizona.”

VP Pence then asked, “Is the objection in writing and signed by a Senator?”

“Yes, it is,” replied Rep Gosar at which point several things happened. You could hear groans, and then you could hear clapping continuing for nearly a minute, representatives standing and clapping during the Joint Session of Congress as Gosar argued for a forensic audit before certification of the votes.

What we do know is the two hour debate over Arizona was stopped and the Capitol locked down. What will tomorrow bring? That is the question.

3 thoughts on “Woman Shot at Capitol; Electoral College Vote Stopped for the State of Arizona”