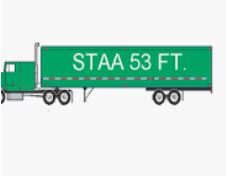 After reading an email sent by Tamera Leighton of the Del Norte Local Transportation Commission regarding Richardson Grove and STAA Trucks, one has to scratch their head.

The number of letters of opposition is staggering, especially since nearly all include a statement about protecting old-growth redwoods. The project manager Kim Floyd included in her information to the County of Humboldt some before and after (computer-simulated) photos, and they are imbedded at the end this letter.

I’m not sure what to do with the photos but left them for now. l’d like to invite Kim Floyd to a DNLTC meeting and to request formal support (again) from DNLTC for the Richardson Grove improvement project. Thoughts on this? lt would make it easier for me to support the project in the future if we had a recent vote on it. Because this is an information item only, should I speak/write on behalf of DNLTC before a recent vote? Whatever you decide, I’ll get the information out to my email list B. Tamera.”

Folks, this is the kind of sneaky shit I’m talking about. Leighton received STAGGERING OPPOSITION LETTERS FROM THE PUBLIC, and when Leighton and Chris Howard made an appearance before the Eureka City Council, they told a different story only to support STAA trucks. Don’t take my word for it, review the Eureka City Council meeting towards the end of the video where it is presented and where Chris Howard and Tamera Leighton talked, January 5th, 2021.