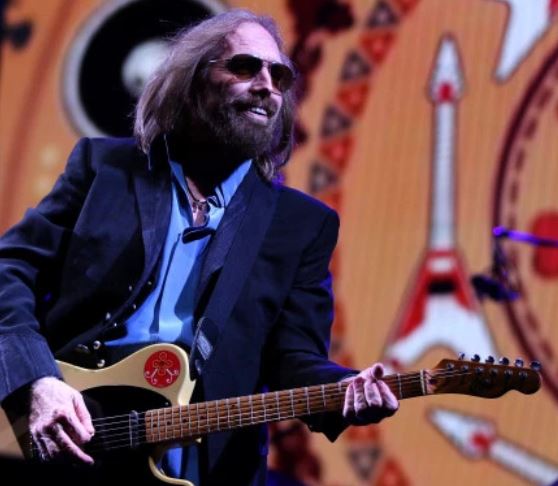 66 year old musician, Tom Petty, did indeed die of cardiac arrest in Santa Monica on October 2nd. Due to some initially confusing reports, it was not clear what happened to him. As recently as August, he canceled some performances in Berkeley’s Greek Theatre due to laryngitis and bronchitis. But, like the trooper he was, he was back on stage a week later.

Considered a rock and roll legend and Hall of Famer, he received a star on the Hollywood Walk of Fame in 1999.  He and his group completed their 40th anniversary tour in September.

He moved from Florida to Los Angeles in 1974 starting his musical career by starting a band known a The Epics, then that morphed into being the lead singer and featured member of Mudcrutch, Later he became the founding member (and only blonde) of the rock supergroup The Traveling Wilburys.  And Tom Petty and the Heartbreakers are now history.

One of my favorite songs is “I Won’t Back Down,” which has become a theme song.  Here are some of the lyrics: