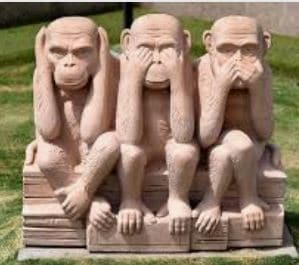 At some point it would be constructive if the Del Norte County Board Of
Supervisors would take lessons on how they might operate Board Meetings
with the Public in mind.  It is difficult enough for the working public
to appear at Board meetings scheduled for 10:00 in the morning on the
second and fourth Tuesday of each month.  Not only is it a work day for
most that do work, but scheduled during a time when most are on the
job.  In order to even physically attend most meetings those that work
would have to miss work, not something most bosses would approve.
During the Pandemic a new feature of Board meetings was “Zoom”
attendance, when it was working, and the ability to interact with the
Board from a computer or other electronic device.  Unfortunately for
many this form of attendance was often also off the table for those that
worked and wished to participate.

The reason that is often given for this scheduling, is more for the
convenience of those that work for the government and not the public.
This becomes a problematic excuse, if the meeting is designed and
labeled as a “Public Meeting”.   While it is without doubt another
obstacle for public attendance, Boards tend to be tone deaf when it
comes to the purpose for which they meet.  It is most certainly not for
the “convenience” of the governing Bureaucracy that more often than not
outnumbers the public by a wide margin at most meetings of the Board.
It is to allow the Board to be transparent in their dealings with the
County’s business for the public, not the Bureaucracy.  It is highly
unlikely that attendance from the public is meant to be improved when
these hurdles exist.  Too often government moans about the lack of
public participation, yet government makes participation an ordeal most
cannot surmount.

While it would appear the local Board would be unwilling to tear down
some of the existing obstacles that are currently part of the process,
it would behoove them to clean up their handling of “Public Comments”.
It is understandable that public comments are limited to three minutes,
but this is rarely the case when various public officials appear before
the lectern.   The Board chair rarely cuts them off in mid comment or
presentation.  The recently employed video comments are yet another
example of the two tiered system employed against the public’s ability
to be heard.

As much as the current level of building a separation between the public
and the Board is a problem, a more recent development has occurred,
creating yet another wall to transparency in “Public Meetings” that does
not favor the public.  It has come to light that the public which has
been allowed to submit written public comments to the Board, does not
have those comments read into the record nor read in open session of the
Board Meetings.  The written comment is copied and given to each Board
member, yet the public clearly has the right to know what the contents
of that comment is.  Without reading such comments during the ” public
comment” period and becoming part of the official record, the public in
attendance or viewing on-line has been in effect prevented from hearing
the comment or being assured it actually does become part of the public
record.  Similarly, the contents of the written comment have been in
effect censored from the public, definitely not a transparent act by the
Board.

This is yet another example of the wall that has developed between the
public and those that were meant to represent them. Not a good form of
Representative Republican governance, and very likely would be a first
amendment violation.  This Board has for some time played fast and loose
with the first amendment in its dealings with those that attend their
meetings  This is but one example of the Board’s subterfuge when a
written comment sent to the Clerk Of The Board, Kylie Goughnour, by Mr.
Branden Bieber was not read into the record of the public meeting on
April 12, 2022. How many other written comments have been withheld by the
Del Norte County Board Of Supervisors from the record, or not heard by
those in attendance?  This is something that needs to be corrected by
the Board as it further erodes the trust that the public has for the
current Board of Supervisors.  It also leads into the regular complaints
by the public of “Not Being Heard”.