Your money goes to the Golden Nanny State 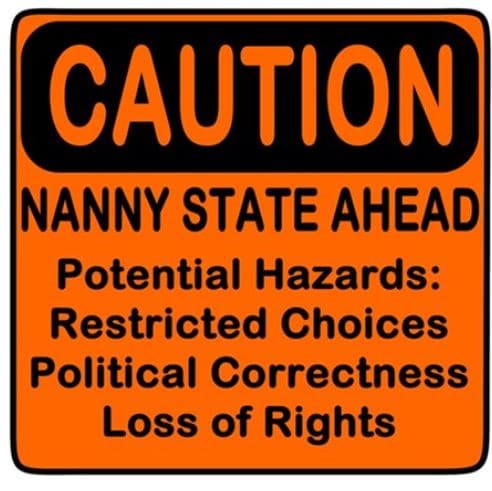 I’ve been following as many Supervisorial Candidate forums as I’m able to attend this election season. In a very real sense, I’m quite pleased I’m not a candidate but an observer and opinion broker.

I’m learning quite a bit about each of the 12  candidates running in the three Districts’ Supervisor races. It’s accurate to report most of the candidates have absolutely  no clue about the county budget and what monies go where.

Allow me to clarify the what and where of your collected taxes. Del Norte County actually has two budgets, and each are negotiated during fiscal year July 1 to June 30.

The budget being developed at this moment will cover revenues and expenses for fiscal year July 1, 2022 through June 30, 2023.

In many ways, compiling a budget is a lot like watching paint dry. It’s slow and tediously painful and rewarding when the job is done. One definitely doesn’t want to attract paint on one’s nice clothes.

The entire Del Norte County Budget this past fiscal year 2021/22 was about $172.7 million. This includes all revenue including local taxes, fees and State and Federal pass-through funds. The General Fund is that portion of the entire budget for which the board of supervisors exercises is discretion as to how and where this money is spent. In 2021/22, discretionary local spending is just under $36 million.

As I write this column, there are 467 Del Norte County employees.

To which Departments are funds dispersed?

This information should not surprise anyone but may absolutely shock some. The number one department is the Department of Health and Human Services, with a staggering State and Federal contribution of $79 million or approximately 46 percent of  every county dollar spent in Del Norte. There are 195 Del Norte DHHS employees, or about 42 percent, of the workforce. Of the last 51 county hires, 49 have been hired for DHHS.

The mind-boggling impact of this department more than defines what Del Norte County has become: A Welfare State.

Many candidates have been asked about how they would prioritize spending on county departments; the spending is very challenging as just about half of our dollars are allocated, and half of our county employees work for ONE department.

Allow me to discuss the $35.9 million discretionary portion of the general fund.

I’ve heard many candidates this election cycle state the Sheriff’s Office consumes 70 percent of our general fund budget. Not true. The actual figure is 58 percent.

The Sheriff has a very modest $10.2 million budget, which includes Patrol and Jail Operations, about 28 percent of total discretionary funds. The remainder of identified law enforcement spending is in the following departments: Coroner; Juvenile Hall; District Attorney; Public Defender; and Probation.

Additional smaller contributions on behalf of the Youth Authority, the Grand Jury and Animal Control fall under the “law enforcement” umbrella. There’s overlap in non-law enforcement functions, but according to the last recently adopted budget, the percentage the General Fund does not approach anywhere near 70 percent of discretionary spending.

The Department of Community Development, which includes county roads, Engineering, Planning, Code Enforcement, Environmental Health, and Building and Safety, enjoys an $11.1 million and 39-employee department, or a 31 percent slice of the  General Fund pie.

The remainder of the funds are spread among Administration (which includes the Office of Emergency Services), Agricultural and Animal Control, Parks and Maintenance, and the 27 various departments you observe when you move about the County.

It is troubling and disheartening to observe so much funding is directed to those with apparently insurmountable and insatiable needs. Government at every level has immersed themselves throughout every ounce of your being.

There was a time when those in need sought help from a church or synagogue, immediate family or friends. Not today. The Nanny State prevails, and it’s growing exponentially.

Will this staggering dynamic of state spending on dependency continue?

The One Party State is firmly entrenched with no signs the voting public is unhappy with the DHHS super dominance. The feeble Republican minority Party resides in the veto-proof basement of the Capitol. It’s my greatest hope voters will soon awaken and remove those elected in protecting, insulating and maintaining, the Golden Nanny State.

The current direction Del Norte County and California is heading is unsustainable.