Getting Public Reps to Actually Listen Is A Tough Sell 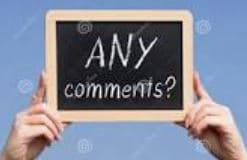 One of the ways our elected representatives get to know the opinions of their constituents is to have PUBLIC COMMENTS during public meetings.

Certainly it has been a rough road these last two years due to the Pandemic. BUT, if one can’t or couldn’t attend a meeting via ZOOM or appear in public, they (Del Norte County Board of Supervisors) allowed people of the public to write a letter and have it read into the public record.

“Good morning Branden,
As previously stated I am no longer reading public comments into the record. It was done in the past as a courtesy due to the COVID restrictions. Both of these comments will be sent to each Board member so they can review it.”

let’s look at some of the issues Branden brought up in his letter to the BOS:

“My comments are an attempt to promote democracy within this Board.  Over the past few months this Board has approved hundreds of consent agenda items without a single one being disapproved.  Your rubberstamping does not reflect reality, nor does it reflect democracy!“

“I ask “you,” is all this consenting making our community better?  Through my eyes, the degradation of our community from my childhood until now is disturbing.  Your voting record illustrates the Boards ambitions for Government to supersede individual freedoms and opportunities.  It’s rather alarming how this Board unconsciously spends tax payer dollars.  You could never run a business, and manage a household with such carelessness.”

What are some of the issues Branden Bieber wanted read into the public record?

I would also like to ask the board why they are approving consent agenda item #12?  Shouldn’t Agreement’s be approved before the contract is initiated?  This agreement is already 80% complete.  I’m sure there is a good reason if you could please explain?

“ I ask the Board to vote No to item #11, and stop the hemorrhaging of costs designated for creating a “Welfare State.”  The homeless crisis throughout the State is being propelled by policy similar to this Resolution.  There needs to be opportunities for homeless.  There needs to be a support base.  But there also needs to be consequences for individuals littering our community.  Consequence for individuals who put themselves at risk while being homeless.  Consequences for people who pose a threat to our community’s safety.  Even if a homeless individual isn’t dangerous, their presence in public parks and roadways is adversely affecting lifestyles and business opportunities.  I request this Board help protect our community and Vote No to line item #11.“

“You should also protect the community by voting NO to consent agenda item #13.  Promote our Law Enforcement Officials and their salaries by transferring money from, and defund the Department of Health and Human Services.  Increasing DHHS Salaries and creating new classification is not making our community better.  On the contrary, the increased spending to DHHS has only made our problems worse.  You only need to open your eyes while driving through town to realize your policies are NOT resulting in positive change.  I request this Board recognize the economic hardships of your constituents, and make a financially responsible decision.  I ask the Board to avoid your typical monetary indiscretions and disapprove line item #13.“

“Finally, I request the Board vote NO to line item #15.  My family and I frequent Kamph Park often, and we enjoy the amazing surroundings of California’s most Northern Park.  As a taxpayer however, I am concerned that the one-time grant application augmentation will have already been exceeded if approved. Where will the additional funds come from?  I’m also concerned at your willingness to waste nearly $60,000 for a Contractor to do a study without a proposed scope of work.  Are you going to build an amusement park?  Maybe you want to build a visitor center, or perhaps an amphitheater.   Or, maybe you just want to make the walkway’s ADA accessible.  Regardless the County’s intentions, there should be some kind of proposed scope of work incorporated into agreement.  How does the Contractor know the extent of the study without knowing the magnitude of anticipated work?  If we have to pay a Contractor for an “idea,” why do we spend over $30 million dollars in annual County salaries?  Again, I request the Board to make a financially responsible decision and vote NO to line items #15.“

“Despite who you are or what political party you claim to represent, this Board should be debating these issues instead of just blindly approving everything.  I challenge you to vote NO to items 3, 11, 13, and 15, and stop the unsustainable expansion of Government in Del Norte County.“

Whether or not you agree with Branden, doesn’t it make sense that comments from the public be aired in as many formats as possible?

J May, 2022 Linda Sutter
Board of Supervisors This Weeks News

J May, 2022 Samuel Strait
Board of Supervisors This Weeks News