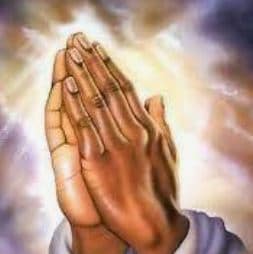 On this National Day of Prayer, Americans are reminded of the important role faith has played in our Nation’s history and continues to play in daily life. Now more than ever we need to come together in prayer. In the wake of the leaked draft of the Dobbs Case ruling, we join you in continuing to pray for life, liberty, and the pursuit of happiness for all Americans and the entire human race. As we await the Supreme Court decision, ‘we the people’ continue to hope and pray for a great victory for life and for the day to come when all Americans have equal access and opportunity to pursue the American Dream.

As we have seen the Left work to advance radical on-demand abortions until the moment of birth at both the Federal and State level, we must stand firm in our resolve to advance policies that protect life, support mothers, and heal the American family.

Religious liberty and the ability to exercise one’s faith without fear of retribution from the government drove our forefathers to the New World and serves as a cornerstone of our constitutional republic. But in President Biden’s America, this inalienable right is under attack. Instead of upholding religious freedom and protecting religious exercise, the current administration has interfered with the American people’s ability to openly live out their faith. It has also failed to defend life and imposed divisive left-wing policies on both the American people and those in other countries — all on the taxpayers’ dime.

Here are five radical policies initiated by the Biden Administration to undermine prayer and faith:

At the America First Policy Institute, we fight for religious liberty and life each and every day.

President Trump’s words were true when he spoke them, and they remain true to this day. Thank you for your support as AFPI fights for the right of all Americans to live out their faith.

One thought on “Happy National Day of Prayer!”