Hung Out To Dry, And They Don’t Even Know It 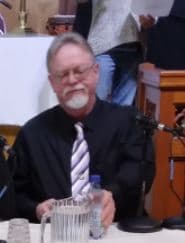 The Education of Mr. David Jones, Chair of the Measure “R” Citizens
Oversight Committee by Samuel Strait – May 30, 2022

After reading the article by Linda Sutter, CCTimes, “Measure “R”
Committee’s Secret Meetings”, I couldn’t resist taking a look at the
video version of the local Citizen’s Oversight Committee meeting this
past Tuesday, May 24th.  Yes, folks, it is that bad. In the first place
Chair, David Jones, candidate for District Five Supervisor, is
completely over his head when it comes to understanding, just what a
fool he and the remaining committee members are when saddling themselves
with this disaster in the making.  Just a heads up to David, your idea
of transparency needs a lot of work, then proceed to tell us just how it
is you are going to be overseeing Measure “R” expenditures when it is
the government who is spending the money that is the sole source of
information about such expenditures?  Then explain how it is to be
determined whether or not said expenditures are legitimate Measure “R”
projects?  Yes, I know just how honest that County government is when it
comes to providing information.  Say one thing in the moment, then a few
moments later be telling an entirely different tale.

As far as transparency, please, David, if I may be so familiar, how is
it transparent when your future conversations are to be conducted, not
in the public forum, but via e-mail where the audience does not include
the public?  Who will be producing this report that is to be presented
to the Board of Supervisors on June 28th, you, some of the committee,
all of the committee, or County Administration?  Public input anyone?
How do you know whether the information provided by County
Administration is accurate?  Would you be able to distinguish between
something that is generated by County Administration and reality?  Why
has the County thus far focused on hiring new employees, where the
public was sold on infrastructure renovation when the vote was taken?
Did you know that no salaries or benefits were to be funded by Measure
“R”? Are the new employees vital to the servicing of the community or is
it really simple existing government inefficiency?

Never fear, David, your rag tag group of volunteers were never meant to
be a functioning oversight committee, just window dressing to cover the
fact that the County’s administration now has $1.6 million dollars of
funding to be used where normally the County’s general fund would pay
the bills.  This will give Supervisor Howard, his friends with benefits,
and County Administration a nice bit of swag to spend on projects woven
into the new surplus created by Measure “R” in the County’s general
fund.  See how it works David?  Sell an idea to the public that the
money is for road repair and “emergency services”, then say fixing the
roads is “too” expensive and the only way to “fix” emergency services is
to hire Animal Control Officers, Code Enforcement Officers, and any
thing else that can loosely be justified under the “emergency services”
umbrella.

You worked in government services for years, David, you should know how
it works.  But then again, probably above your pay grade.  As we saw
very plainly when the School District orchestrated the same con job with
Measure “A” bonds funding and its meaningless COC, this is nothing but a
sham committee that will not be able to function in an oversight
capacity.  They will be told what to write in their reports, every
expenditure will be vital, every new hire critical, and the County will
be devastated by the loss of this new County slush fund.  Sound familiar
David? This bit of chicanery is currently being used by California
governments through out the State to fleece local of their hard earned
money.  And please David, don’t insult any ones intelligence by trying
to claim only tourists will pay for the sales tax increase, that is
unless local businesses are able to separate locals from visitors and
give them a 1% discount.   That unfortunately is not how it works, is it
David?

When ever County administration and local supervisors want to grow
government or buy a few new toys, their thoughts inevitably turn to
scamming the local population into giving into more taxes.  It is ALWAYS
for police, fire and emergency services, despite the fact that the
priority of government should be to provide those services first.  There
is always money for government employees to travel to State wide junkets
and feel good conferences, hire expensive consultants to produce reams
of “expert” opinion on what local government should be doing, and not to
forget, international travel to Japan, yes you guessed it, for
“emergency preparedness” training.  So, David, here is one taxpayer that
is already tired of local Supervisors burdening local wallets with
Measure “R” gouging for expanding local government, not making life
better for those of us that live here.

Vote YES on T and U!

Where In The World Is Our Local Republican Leadership?

One thought on “Hung Out To Dry, And They Don’t Even Know It”