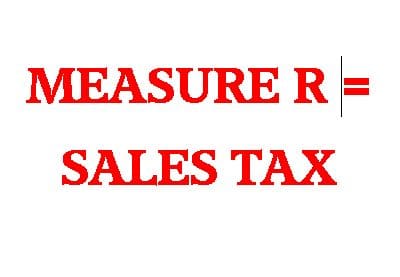 An interesting morning hour was spent Thursday, February 10th with Del Norte County’s Chief Administrative Officer (CAO), Neal Lopez and Supervisor Chris Howard discussing the County’s “financial plight” and certain questions about just how Measure “R” money was to be spent.  I suppose the burning question that was asked, “Was Measure “R” money being spent on wages and salaries for the County?”  Both Lopez and Howard insisted this was not the case.  All moneys budgeted for the 2021-2022 fiscal year for employees were to be found within the general fund budget was the message.

When asked about the recent consent agenda passed raises for County employees, the answer was the same, the money came either from within the County department’s individual budgets often as a result of that particular department’s vacancies and subsequent cost savings.  Howard went on to say many departments are providing services without benefit of being fully staffed. The Sheriff’s Office was held up as an example.  He went on to explain the difficulty of the County’s ability to hire due to low compensation and applicant’s lack of skill set.

What is interesting about this rational is the notion that inspite of severe departmental shortages, services appear to be operating much as normal.  The same complaints of lack of service even when the County was more fully staffed  continue to register.  Yet salaries and benefits continue to climb without much visible effort on local government’s part
to correct that lack of service beyond asking for more money.

You all remember the part about “no money for salaries and benefit from Measure ‘R’ money”.  As such it was somewhat of a surprise when Howard and Lopez began to detail just exactly what priorities were on tap for the funds.

They went on to say that more tax money was received than budgeted;  hence, some was set aside for infrastructure projects, roads maybe?  Not so fast.  Road repair was claimed to be “too” expensive.  The Veteran’s Hall roof was mentioned along with a few other ideas, nothing “set in stone.”

Inter mixed with this explanation of how the money was held separately from other general fund monies was a constant reference to “The State” and the requirements that they added to the County’s burden.  We Can’t do this, We Can’t do that, the state requires us to do this, and the state demands that we have to do it that way.  Maybe the STATE should
come up and run the County and save us the tax burden of hiring our own local government?

Lots of conflicting information over the hour discussion.  If the County does indeed have difficulty hiring qualified
people to fill the County’s vacancies, what does that say about the people it does hire?  Are they the best people to be making decisions for our benefit?  Is it even possible to have high quality employees working for the County?   What does that imply for those that fill executive level positions?  Can the County’s residents even reach the rarefied heights of compensating good quality government employees?

At this point the conversation turned to the local economy, education and the general glut of  people within the County that were dependent on various government services.  Supervisor Howard bemoaned the loss of the County’s resource based economy and his efforts to revive it, while acknowledging it was not a viable strategy.  Talked about investments in the tourist industry, yet had no solution for the lean winter months or the lack of much more than a hand full of attractions to keep tourists here for any length of time.  When pointed to the current economy being mostly government services, increasing seemingly on a daily basis, Supervisor Howard admitted that it wouldn’t be a successful path in the long run.  Trying to keep local youth here to have a life when Del Norte County has so little to offer was the next stake in the heart of general malaise we have experienced for decades locally.

I came away with little to quell my already high level of anxiety that local government was indeed rudderless.  While Howard displayed what seemed to be a great deal of concern for the direction the County was headed, other than conflicting information and roads to nowhere, I found myself continuing to be disappointed by simple things.  Did he
really believe that a “Additional” Animal Control Officer was much more than on the minds of a tiny fraction of the population necessitating the hire of an additional Officer “With Measure “R” money?”  Did he really believe that hiring three additional officers for the Sheriff’s Office would make some kind of difference?  Does he really think that an additional Code Enforcement Officer will quell even a small fraction of enforcement issues when the County has the level of dependency it has?  Can the County continue to live on targeted grant money that very often leads to more issues for the County’s budget?

I didn’t find much in the way of answers to any of those questions during the course of the hour long discussion except a strong desire to spend more money for what appeared to be directionless causes.  Return of a resource based economy in the age of “Climate Change”, rabid environmentalism in California and even locally, and no other real year
round economy does not equate to much success.   Lack of quality education and the means to hold our best and brightest here at home.  Nothing beyond low income menial and service related jobs for those that do not aspire to greatness.  It was a grim picture painted by Supervisor Howard irregardless of the misplaced energy that he insists he has to offer.  No vision beyond doing what he did forty years ago.  Mr. CAO had even less to offer……   CAO Lopez, despite being in County government for years, did not venture to offer anything. This assessment is understandably harsh, but times are tough for others beyond those in government that had much less difficulty dealing with the past two years and are receiving a very generous 7% to 12% raise in salary.  Most of the rest of the county has suffered with rampant inflation and no generous raise in sight, just another dip into their already mostly empty pockets by County government.  That’s my disappointment………

2 thoughts on “Measure “R”: With Neal Lopez And Chris Howard”