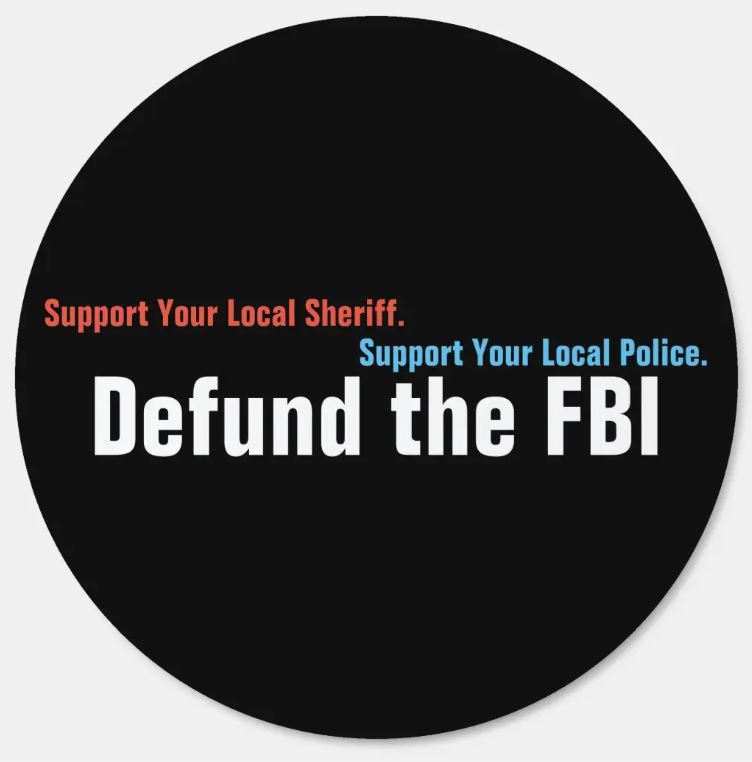 Let’s look at law enforcement in our country. First off, which is the top dog agency in regards to law enforcement? Answer, Department of Justice or DOJ.

Who is in charge of the FBI and how do they get that position?

Going back to J. Edgar Hoover who held the position for 48 years, someone decided that was too long. In 1976 Congress changed that to extend to only 10 year terms. Let’s see what’s happened in the interim.

Andrew McCabe (Acting), May 9, 2017 – August 2, 2017 Deputy Director of the FBI in February 2016 until Comey was fired. Then he assumed the position of Director of the FBI and immediately opened investigations into Trump and Russian interference in the 2016 elections; which was later found to be untrue.

Christopher Wray, August 2, 2017 – Present Nominated by Pres Trump and confirmed by the Senate. Pres. Biden agreed to keep Wray. Ironically, under Wray, the raid on Mar-a-Lago was made.

August 8, 2022; roughly 30 FBI agents raided Trump’s home. Trump alleges that they did not allow his attorney to keep track and monitor the raid. Doesn’t this sound like a set-up for planting evidence?

Just as bad as the raid on Trump’s home was the raid by 25 FBI agents with guns drawn on Catholic Pro-life activist, Mark Houck in front of his wife and seven small children this month. Does this sounds like an organization that’s out of control? Some believe the FBI was exhibiting an anti-Catholic stance. Where was the FBI when for years Priests assaulted and abused children? That’s an anti-Catholic stance that one could comprehend. Not when a guy claims he was assaulted by Houck outside of an abortion clinic. Who was that guy? An “escort” for Planned Parenthood that allegedly was verbally assaulting Houck’s son. Houck pushed him. Doesn’t sound too terrifying and both the city police and the district attorney declined to file charges against Houck. So that “guy” filed a criminal complaint in municipal court and then repeatedly didn’t show up in court.

Nevertheless, somehow the FBI got involved.

Whether or not AG, Garland or Pres. Biden are behind this behavior, these Gestapo-like tactics have got to end. We have to remember that the FBI is funded with taxpayer’s dollars which gives us the right to demand they be defunded. That’s exactly what Rep. Marjorie Taylor Greene of Georgia has called to be done.

For those of us that believe in law and order, we our seeing our society systematically ripped apart by unruly Democrats. This has got to stop. The politicization of the FBI has got to stop. There are legitimate bad guys out there. When the FBI arrests human trafficking rings, we applaud them. But when they go after decent citizens, and former Presidents, we must take a stand.

One thought on “Should the FBI be Defunded?”