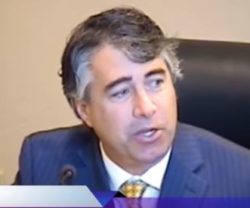 The Del Norte Association of Realtors endorsing candidates is a waste of time because the determination was made before the debates.

During their debates they cited many issues concerning realtors with laws affecting the community as a whole. However, in the last four years, I have not seen one realtor voice their concerns much less their opinions to the Board of Supervisors.

Absolutely not and here is why.

Chris Howard and the Hartwick’s have strong ties, which is deliberate. Questions asked were designed to be answered by the incumbent. Chris Howard has been on the board nearly eight years and what has he changed?

He took Measure R funds and spent them unwisely. If his County was his house it would be without a roof, there would be potholes in his driveway. His yard would be flooded during rains and unsafe to walk on sort of like our baseball fields where 80 games had to be canceled due to floods.

His backyard would be filled with pesticides and copper chemicals so he could grow lily’s and poison the ground water. Behind his shed would be dead carcasses of cattle next to tributaries.

This is who the realtors want?