The World’s Display Of Climate Alarmism 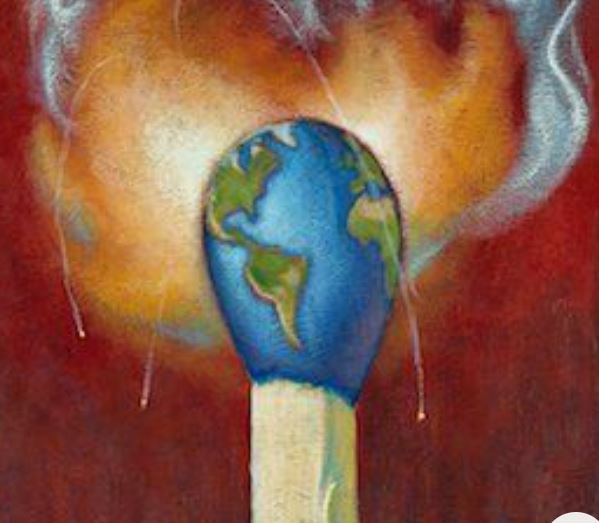 One would think the world was hysteria ridden enough after two years of
media induced hyperventilating over the Covid Pandemic, but now back to
the familiar, 7.75 years left of earth’s existence and then we all burn
to a crisp.  The enviro-alarmists are in full cry at the current dog and
pony show known as COP26, put on by the United Nations to highlight just
how over the top the absurdity of “man’s greatest challenge” has
become.  Of course no one can say for sure just what that is, as it
seems to change with each natural weather event.  Sometimes it is not
even that.  There is no doubt that the angst rages on.  Won’t Greta be
proud.

Over two weeks of fine dining and drinking, a lot of promises will be
made and few will be kept.  Kind of reminds everyone of just how
politicians act when they need your vote.  Be assured, nothing will
happen except a lot of empty words will be spoken, promises made and
very little will be accomplished.  That is except for that COP26 was
designed to accomplish.  One would think that our illustrious Governor
“Empty Suit” has invaded the bodies of all the attendees, because there
is no real Russia, China, or India in attendance.  Yes, maybe a few of
their lower echelon bureaucrats, but nobody that really matters.  Three
of the biggest polluters on the planet who will not be committing to
anything. Still think that COP26 will accomplish anything.

This years efforts seem to focus on coal, and methane, those dastardly
cows.  Why can’t everyone become a vegetarian?   Grow more trees?
Anything that destroys the economies of those bad actors in the first
world.  If that isn’t enough drain their collective treasuries and
equitably distribute it to whining third world nations, so their 1% will
have a nice fat Swiss bank account.  Can’t have the Walmart shoppers in
third world countries getting uppity now can we.  Climate Alarmism for all.

As per usual the screeching hordes of virtue signalers have descended on
Glasgow to join in with the festivities, no doubt eco-trashing the city
with their efforts to be heard.  The wilder the proclamation of doom for
the planet the better.  The latest prediction is that 7.75 years in the
future will put us over the edge.  Looks like things will have to hurry
up in order to reach the 1.5 degree increase in that short amount of
time, but, hey, in 1995, it was only supposed to take ten years for the
planet’s climate to have increased by five degrees.   Guess the latest
predictions have been reigned in to avoid more failure of the earth’s
climate to cooperate with the dooms-dayers should the latest predictions
fall flat.  Bet Governor Hair Gel and his first person are gnashing
their collective teeth over missing the event.  Does seem like he
intends to “Zoom in” to the festivities, that is if he can make a
connection.   Those pesky “Zoom” meetings.

The bottom line it would appear, is this will be a typical grand
festival that will fail to lift off.  More taxpayer money down the
drain, but not without the honest efforts of President Ice Cream Cone to
flex his puny might.  Hope he took off his bedroom slippers before he
descended the steps from Air Force One, after all we can’t have him look
any more foolish than he already has, fresh from the flop at the G20
conference in Rome.  No doubt he will make several suicidal promises
over the course of the two week gala event that will further cripple the
US economy and pledge billions of dollars at the mythical goal of being
more powerful than nature, but the fab four “greenies’ in Congress WILL
BE CHEERING HIM ON.

One thought on “The World’s Display Of Climate Alarmism”