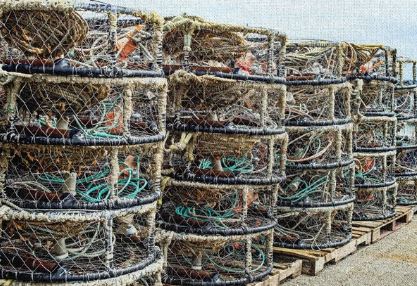 Can it be true, our local crabbing fleet is only receiving $2.25 per/lb.

The price of nearly “everything” has gone up, except the value of this West Coast delectable.

Despite the quality of crab, or the size of the crab biomass, it is apparent Government is regulating the industry into extinction.

Increased Marine Protected Areas, the possibility of Whale entanglement, increasing sea temperature’s that increase domoic acid levels (has anyone ever gotten sick from domoic acid poisoning?), and invasive species threaten the already volatile local market.  Nearly any excuse to limit the success of Vessel owners is being used to suppress the industry.

North in Alaska, the Snow Crab season was closed.  Alaska Bering Sea Crabbers organization estimates the direct financial loses to the fisheries is $500 million.  Adding in the ripple effects to their economy, estimates rise to nearly $1 billion in losses.

Locally, the market price is another example of how Del Norte County is being mandated into economic depression.  With little to no private industry economy, the assault on the local fisheries will likely lead to more families living in poverty in Del Norte County.

I pray our local fisherman be blessed with safe passage and harbor.  That they remain safe while conducting a dangerous job, and that their holding tanks are abundantly filled with their undervalued catch.

Let us also hope our local elected officials start working for the people of Del Norte, and refute the aristocracy of State and Federal mandates.

Del Norte County deserves more than being the “home of the homeless.”

2 thoughts on “TOO CRABBY!”